LAUGHTER IS THE BEST MEDICINE: The End of All Flesh 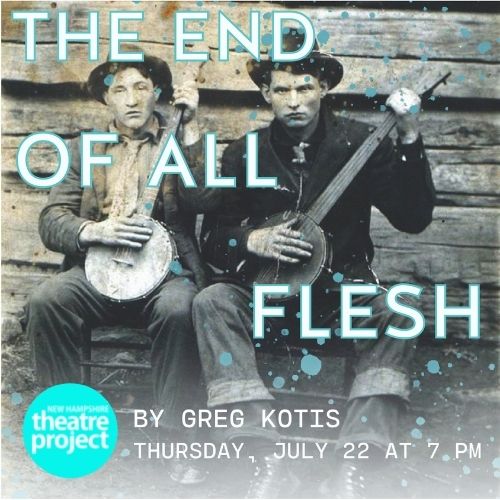 All readings will be followed by a panel discussion with artists and experts
on themes reflected in the play.

THEME: Laugher is the Best Medicine
PLAY: The End of All Flesh by Greg Kotis

An absurdist, post-Apocalyptic fable penned by playwright Greg Kotis (and partly inspired by the grandeur of his own Covid-Beard) set on a remote mountain somewhere in America's distant future.

Greg Kotis is a two time Tony™ Award winning author of many plays and musicals including Urinetown (Book/Lyrics), I Am Nobody, The Truth About Santa, The Sting (Lyrics), Lunchtime, Give the People What They Want, Michael von Siebenburg Melts Through the Floorboards, Yeast Nation (Book/Lyrics), Pig Farm, Eat the Taste, and Jobey and Katherine.  His work has been produced and developed in theaters across the country and around the world, including Actors Theatre of Louisville, American Conservatory Theater, American Theater Company, The Apollo (West End), The Brick, the Eugene O’Neill National Theater Conference, The Geva Center, Goodspeed, Musicals, Henry Miller’s Theatre.

(Broadway), Manhattan Theatre Club, New York Stage and Film, New Line Theatre, The Old Globe, Perseverance Theatre, Roundabout Theatre Company, Soho Rep, South Coast Rep, The Saint James (Off West End), The Tank, and Village Theatre, among others.  Future projects include ZM, an original musical about teenaged fast-food workers trying to survive a zombie plague.  Greg co-founded Theater of The Apes with his wife Ayun Halliday (www.theater-of-the-apes.com), and is a member of the Neo-Futurists, the Cardiff Giant Theater Company, ASCAP, and the Dramatists Guild.  He grew up in Wellfleet, Massachusetts, lives in New York City, and is the proud father of India and Milo.