2022-23 MainStage Season Theme
Legacy & Transformation: What Do We Leave Behind? 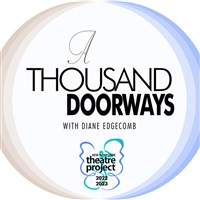 NHTP’s MainStage season will officially begin in November with A Thousand Doorways with Diane Edgecomb which was the first show NHTP had to cancel due to the Covid-19 pandemic in March 2020. We are honored to bring it back in 2022 both live at NHTP November 18 & 19 and livestream on November 19. “There is one world, but a thousand doorways.” ~ Kurdish Proverb  What if telling a story meant risking your life?  Moved by the silencing of the Kurdish language by Turkish laws, Diane Edgecomb embarks on a journey of intrigue and heart to record the last Kurdish storytellers. In remote mountain villages, forbidden to outsiders, the stories of the Kurd’s lives and of their struggle mixed with startling ancient legends. Compassion opens new doorways to this hidden world: a mythic landscape of shepherds, guard towers, caravans, impossible mountain passes and the mysterious eggs from an ancient tree; a deeply moving, richly humorous story of the extraordinary people who shared their lives and their stories with her.
PURCHASE TICKETS NOW. 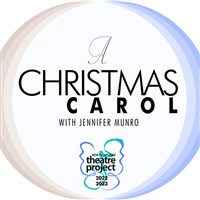 NHTP will celebrate the holidays with Jennifer Munro in A Tour de Force, One-Woman Theatrical performance of A Christmas Carol by Charles Dickens.  A native of Great Britain, Jennifer Munro, an award-winning storyteller, actor, and author, brings Scrooge, the Cratchits, and the Fezziwigs vibrantly to life in her dramatic, and thoroughly English, interpretation of Dickens’ literary classic. Enjoy this tale of heartbreak, redemption, and joy, as Dickens intended it: on a bare stage with just the power of the human voice to capture hearts and imaginations.  As he created the story, Dickens says he wept over, laughed over, and wept over it again – and you will, too.  This program is recommended for ages 12 and up. 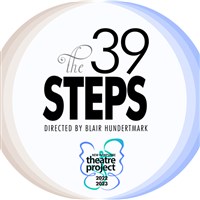 January has always been a great time for comedy and NHTP continues this tradition with The 39 Steps directed by Blair Hundertmark which will run from January 20 to February 5, 2023.  With The 39 Steps, which went from a 1915 book to a classic 1935 Alfred Hitchcock film to a 2005 play, the concept of transformation is baked into its legacy. In this fun and fast-paced staged version, playwright Patrick Barlow proves that 100+ years later the original plot of good vs. evil, with one everyman saving the world from an international network of spies, could be transformed into a wild comic romp by using only four actors to play scores of characters while staying true to the original suspenseful storyline. And, of course, the transformation of our mild-mannered everyman into an action hero is a magnificent personal journey-- not to be missed! 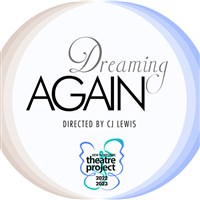 First debuted in 2012, Dreaming Again, written by Genevieve Aichele, is a play based on interviews with over 40 people who left their homes and their lives in other countries to resettle in New Hampshire. CJ Lewis will direct Dreaming Again March 24 - 26 at NHTP before it tours throughout the state. Given New Hampshire’s role as a refugee resettlement state, this play is as relevant today as it was 10 years ago. Dreaming Again is a collection of stories told by real people who live in our state right now. Hearing their personal experiences is moving and deepens understanding and builds empathy and connections for audiences. In collaboration with Mariposa Museum in Peterborough, NH Dreaming Again was piloted and toured to over 16 middle and high schools in NH in 2013. We are pleased to announce NHTP will once again collaborate with Mariposa Museum and this production of Dreaming Again will kick-off a new tour in 2023 funded by the Eppes-Jefferson Foundation.  Tickets coming soon. 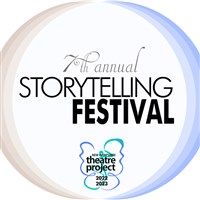 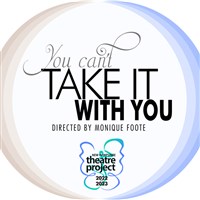 The 2022-23 MainStage season will conclude in May with You Can't Take It With You by Moss Hart and George S. Kaufman and directed by Monique Peaslee Foote. You Can’t Take It With You opened on Broadway at the Booth Theatre on December 14, 1936. A smash hit, the show ran for 838 performances and returned to Broadway five times, most recently in 2014. The family of Martin Vanderhof lives “just around the corner from Columbia University — but don’t go looking for it.” Grandpa, as Martin is more commonly known, is the paterfamilias of a large and extended family of charming eccentrics. His granddaughter, Alice, is an attractive and loving girl who is still embarrassed by her family’s idiosyncrasies. When Alice falls for her boss, Tony, a handsome scion of Wall Street, she fears that their two families – so unlike in manner, politics and finances – will never come together. But why be obsessed by money? After all, you can’t take it with you... Tickets coming soon.