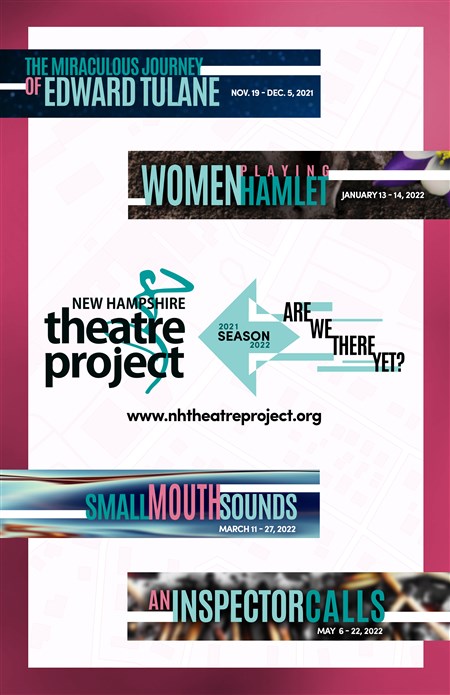 New Hampshire Theatre Project’s 2021-22 MainStage Season focuses on the season theme: Are We There Yet? The programming committee chose our theme of "Are we there yet?" for two reasons. First, the obvious post-pandemic issue for any theatre company continues to be "When will we get back to normal? And what is normal, really?" But the theme carries an important message connected to each MainStage production and along with the theme of "Are we there yet?" each production also explores the notion of "What exactly is there?" and "How will we know when we're there?"

NHTP’s MainStage season will officially begin in November, with a production of The Miraculous Journey of Edward Tulane directed by Samantha Smith. This exquisite adaptation by Dwayne Hartford from Kate DiCamillo’s beloved book, is a “theatrical tour de force” for four actors and musicians. A story of loss and redemption, this family-friendly but deeply powerful story asks us to look at what it means to lose everything, to suffer pain and fear, and to somehow find the courage to hope and love again.

January has always been a great time for comedy and NHTP continues this tradition with Women Playing Hamlet by William Missouri Downs, directed by Blair Hundertmark. Four women play multiple roles (including Hamlet) in a show that’s been described as “rip-roaring fun for Shakespeare fans and haters alike.” As the titular character Jessica faces a personal existential crisis when cast as the Prince of Denmark, she has numerous hilarious encounters with past actors of both genders who have made the role their own. Under all the fun, however, lies the serious question of whether or not true equity is realizable in contemporary theatre.

CJ Lewis directs Bess Wohl’s quirky new dramedy Small Mouth Sounds in March. Six runaways from city life embark on a silent retreat in the woods. Filled with awkward humor, this strange and compassionate new script asks how we address life’s biggest questions when words fail us. While satirizing the contemporary fad of seeking instant enlightenment from a hip retreat, the play also poignantly explores our desperate need to communicate with each other and find spiritual connection in a secular world.

The MainStage season will conclude in May with An Inspector Calls by J.B. Priestley, directed by Genevieve Aichele. A young girl commits suicide and an eminently respectable British family is subject to a routine inquiry in connection with the death. An inspector calls to interrogate the family about their possible roles in her undoing. First performed in 1945, this play forces us to look at our individual and societal responsibilities to our fellow human beings. “We don’t live alone,” says the mysterious Inspector, “We are members of one body. We are responsible for each other.” In an era of instant global communication and connection, these issues seem even more important than they were 75 years ago.

Along with each MainStage production, NHTP will hold a Community Connectors event in which members of the community will be invited to explore the themes suggested by each play and ask the questions: Are we there yet?;  How will we know?  and, if not, How do we get where we want to go? 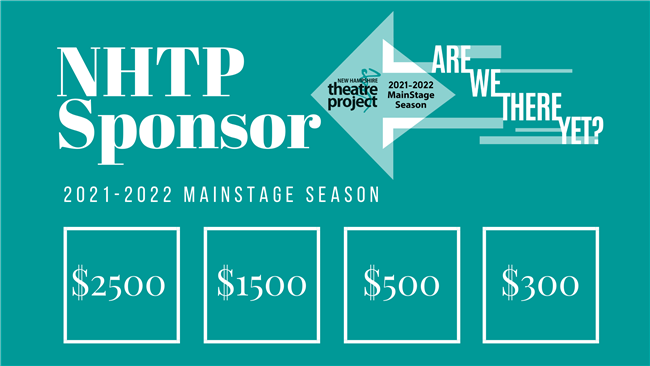