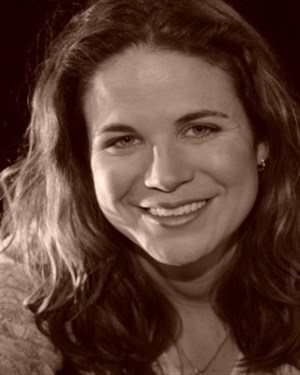 Meghann Beauchamp is a Michigan native who received her bachelor’s degree in Theatre & Dance from Ohio Wesleyan University, graduating summa cum laude. A performer, technical director and designer, Meghann relishes the variety and creativity of life in the theatre. At New Hampshire Theatre Project (NHTP) she has served as associate director, marketing director, technical director/production manager, intern coordinator, youth camp director and director of the Junior Youth Repertory Company. In addition, Meghann has worked as an acting/stagecraft teacher at Cocheco Arts & Technology Academy; an artist-in-residence at New Hampshire and Maine schools educating students of all ages about acting, the process of theatre and technical theatre; Senior Staff and Assistant Director of Seacoast Repertory Theatre’s PAPA Camp; and is the Summer Camp Director for Camp Encore at the Prescott Park Arts Festival.

Design credits include the scenic design for NHTP’s Twelfth Night, The Primary Primary!, Mitty!, Stage Door, Hamlet, Seascape, Mother Courage & Her Children, The Tempest & Comedy of Errors; scenic & lighting design for Goblin Market, Waiting for Godot, Antigone, Faith Healer, You Can’t Take It With You, As You Like It, Arlington, Someone Who’ll Watch Over Me, The Duel, A Woman’s Heart, The Skin of Our Teeth, Macbeth’s Children, Ernie’s Incredible Illucinations, and A Midsummer Night’s Dream; lighting design for NHTP’s I Am My Own Wife, and Finding the Prince and sound design for Amadeus.

Performance credits include: New Hampshire Theatre Project’s A Woman’s Heart, The Odyssey, Mitty! (nominated for Spotlight on the Arts Award for Best Supporting Actress in a Musical), The Primary Primary!, Celebration, Lysistrata, Jacques Brel is Alive & Well & Living In Paris and Twelfth Night. Meghann has won two 2008 Spotlight on the Arts Awards for Best Supporting Actress in a Musical for NHTP’s The Primary Primary! and Best Actress in a Musical for Lot 20 Production’s Gay Bride of Frankenstein. Meghann has also performed as a featured soloist with the popular seacoast band, The Spectras.  Email Meghann: meghann@nhtheatreproject.org