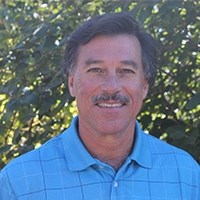 Tim Barretto taught writing, public speaking, and literature at the University of New Hampshire’s Thompson School of Applied Science for over thirty years before retiring in May 2017. He is currently Professor Emeritus at UNH.  He and colleague Kate Hanson co-founded the Community Leadership program at the school in 2001 as a way of helping students interested in becoming activists and community leaders to find and develop their voices. His creative work includes two published novels, A Family's Loss and Searching for Joy; short stories published in literary journals; and a one-act play about bullying, "Choices, Choices, Choices," which was performed at several schools in New Hampshire’s Strafford County.  He was also a co-founder of two nonprofits organizations, Strafford County for Kids and The HUB Family Resource Center, whose missions centered on the health and well-being of children and families. He has spent most of his adult life pursuing ways to eliminate child abuse, and in that capacity has served as a passionate advocate for children through serving on boards and promoting public education about the need to value and protect our children.  When he has free time, he loves to spend it outdoors fishing, hiking, and skiing with family and friends (and traveling to Italy).  He and his wife, Mary, live in Dover, NH, close to their two adult sons, Nick and Chris.

Tim has served as an Advisor to the Elephant-in-the-Room Series® since its inception and serves as Chair of the EITR Advisory Committee: I have believed for many, many years that theater connects us not just to essential ideas about humanity that we need to think about, but more importantly to some of the deepest parts of ourselves and others that we can learn from. For me, NHTP is absolutely in the vanguard of helping us to make these connections between ourselves and others.