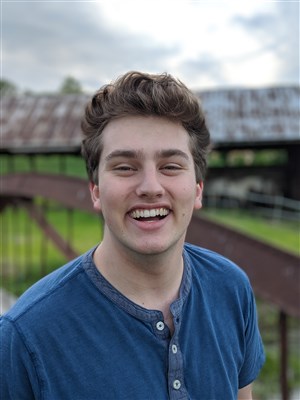 Joshua Goldberg is a local theatre artist and a 2021 graduate of Bennington College, where he received a BA with concentrations in Drama, Music, and Playwriting. Since he started acting at age 7, Josh has worked in the theatre as a playwright/composer, director, choreographer, stage manager, web and graphic designer, educator, administrator, and more. A number of his family musicals for young performers have been produced throughout New Hampshire, including Candy Country, Happily Ever After, and An Oz Story which premiered in 2015 at New Hampshire Theatre Project. His work as a director and producer includes Smile at the Portsmouth Academy of Performing Arts, and Alice and Salt Off a Bird's Tail at Bennington College. Josh is also a Company Artist at NHTP, and works extensively with the youth theatre company Upside Arts as an administrator, educator, and camp director.

Josh joined the NHTP Youth Repertory Company at age 13 and appeared in a number of productions including Arsenic and Old Lace, Rhinoceros, and The Winter’s Tale. He also appeared as the Little Prince in the MainStage production of Finding the Prince, and returned to NHTP in 2018 as an administrative intern. He officially joined the staff as Outreach Coordinator and House Manager in 2021.

For more information, check out Josh's website.
About Us