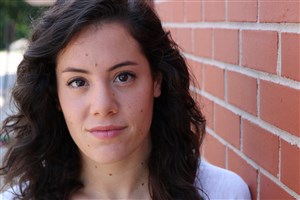 Company Artist Amy Desrosiers is a New Hampshire native theatre artist with experience on the seacoast and across the country. NHTP credits include: Elephant in the Room Series®, Lizzy (Kate Hamill’s Pride & Prejudice), and Maid Marian (Sherwood: The Adventures of Robin Hood). Other local credits include Winifred Banks in Mary Poppins (Prescott Park), #00 in The Wolves (Seacoast Rep) and Suzette in Dogfight (Player’s Ring). She has also worked in choreography, directing and film. Before relocating to the seacoast, Amy traveled the country as a member of the classical touring company National Players, during which she wore many hats. Aside from performing in all three shows in repertoire (Daisy in The Great Gatsby, Alice in Wonderland, Othello), she worked as the costume supervisor, public relations assistant and an assistant technical director. As part of a community-oriented touring company, she also taught workshops across the country for students and adults in stage combat, voice, movement and improv.

"I am constantly amazed by the hard work, thoughtfulness and passion that goes into everything at NHTP. It is a company that is committed to doing right by the community, sparking conversation and creating opportunity. I’m honored to be part of a company that understands both the importance and the power of the arts in our community. I couldn’t be more proud to stand with NHTP."
About Us