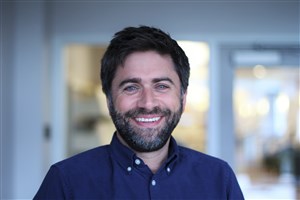 Matt graduated from the University of New Hampshire in 1992 with a B.A. in Communications, and in 2005 received his J.D. from Franklin Pierce Law Center (now University of New Hampshire School of Law), one of the nation’s leading intellectual property law schools. While attending Franklin Pierce, Matt worked as law clerk with the Entertainment Software Association in Washington, D.C., and with the Media and Entertainment practice group at the Boston office Fish & Richardson, P.C.. In 2006, Matt launched Saunders & Silverstein LLP with his partner, Aaron Silverstein.

Matt has extensive experience in matters of trademark, copyright, Internet, and software law, representing clients in a variety of industries, including software, scientific instrumentation, apparel, and Internet-based services. As an experienced trademark attorney in the Boston area, he regularly counsels clients in the use, adoption, and enforcement of trademarks in the United States and abroad, and has successfully negotiated favorable settlements in copyright and trademark infringement matters.