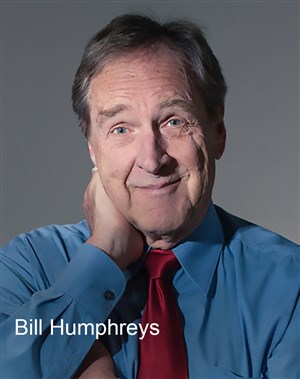 Company Artist Bill Humphreys is originally from Stockton, California and has worked in film, television and live theatre his entire life. Audiences have seen Bill in more than 150 live theatre productions including: The Woman in Black, The Things We Do For Love, Hairspray; Death of a Salesman, and Inherit the Wind. Additionally, he has performed as Fagan in Oliver, Littlechap in Stop the World and Tevye in Fiddler on the Roof just to name a few favorites. His more than 15 motion picture credits include: Chappaquiddick with Jason Clarke; The Celebrant with Rae Dawn Chong; The Moonshine War with Alan Alda; R.P.M., and Strawberry Statement. On the small screen Bill's work goes as far back as The Name of the Game, and as recently as The Winds of War, The Works of Robert Frost, also Witch Hunt and The Conquest of America: The Northeast for the History Channel. Bill has also been seen opposite Maggie the cow in commercials for Oakhurst Dairy. Recognized by The AFI, The Telly Awards, The Ohio State Awards, The Associated Press and The National Association of Broadcasters among others. Bill has been nominated 10 times for Televisions Emmy taking four home. He is a member of the SAG nominating committee for Primetime Television performances, and was mostly recently seen at NHTP in It's a Wonderful Life: A Live Radio Play.

"Creating and telling stories which reflect our lives is what makes NHTP of such tremendous value to its audiences. To be part of a company which allows us to reflect on the experience of being human ... to look in that mirror and learn ... grow ... and enrich our community is of extraordinary significance. It is the use of theatre as a medium of enlightenment that is personal, connected and transforming. NHTP allows us to see and do for each other, creating an intrinsic value within our lives which cannot be replaced."
About Us