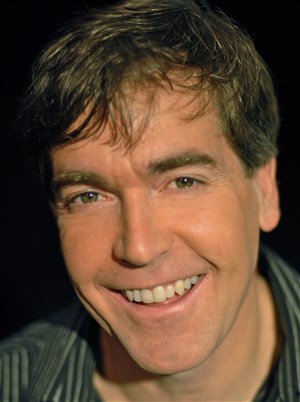 Company Artist Blair Hundertmark has been nominated for numerous awards at a variety of theaters, winning awards for Best Director for Around The World In Eighty Days (The Rep -2009) and for the portrayal of Edward in Someone Who’ll Watch Over Me (NHTP -2008), awards for Best Ensemble & Best Production. He served as an adjudicator for the annual Aurand Harris Playwriting Award for the NE Theater Conference for many years, served four years as a Board Member of Portsmouth’s cultural council: ArtSpeak, and has served as an NEA grants reviewer. At NHTP he has been instrumental in bringing new works to the stage, including: Robert John Ford’s The Primary Primary! (World premiere 2008), David Farr’s The Odyssey (US premiere 2006), and James Patrick Kelly’s stage plays The Duel (World premiere 2007) and The Adventures of John Paul Jones (World premiere 2001). Blair is also the lead Emcee and Game Announcer for the FIRST Robotics Competition, where he helps get students excited about their future via robots. He has toured for over 20 years to FIRST events around the globe from Honolulu to Haifa, from Montreal to Mexico City, from Sydney to Seattle becoming known as the “Voice of FIRST”. Blair has an extensive resume of commercial acting and voiceover credits for television, radio, corporate and web clients, and has worked onstage alongside numerous entertainment, sports, political and corporate celebrities including Morgan Freeman, Will.i.am, Steve Wozniak, Kareem Abdul Jabaar, Marshawn Lynch, Grant Imahara (MythBusters), The Blue Man Group, and too many astronauts to remember… Blair helped originate and is one of the state leaders in the area of Peer-Issue Theater, creating original student-written scenes to initiate dialogue around adolescent and teen issues, serving as the Theatrical Director of the highly-acclaimed peer outreach troupe Manchester Youth Theatre from 1989- 2009. Blair's experience, easy sense of humor, genuine ability to connect with kids and adults, and collaborative nature make residencies and workshops fun and meaningful for actors, educators, and audience. Regardless of whether it's a Shakespeare, Story Theatre, or Peer-Issue residency, Blair creates a supportive environment where the young artists feel empowered and respected.