Company Artist Crystal Gould is a teaching artist, actor, director and playwright on the New Hampshire Seacoast. She graduated with honors from the theatre school at Idyllwild Arts Academy, completed a program with the British American Drama Academy, holds a BA in English/Theatre Education from California State University, Northridge, and is a proud member of the Screen Actor’s Guild
(SAG/AFTRA). Crystal has worked both in front of and behind the scenes in theatre, film and television around the country over the years. Some favorite credits include Abby in The Mercy Seat at She & Her, MO, Lisa in David andLisa at Blue Sphere Alliance, CA and Hero in Much Ado About Nothing at Shakespeare in Santa Fe, NM. She was a Resident Artist at The Fishtank
Performance Studio, MO, where she wrote, produced, and stared in an original play titled, Bathroom Confessions, earning her a spot in the top 10 at the Kansas City Fringe Festival. She has taught acting classes with several companies over the years, including the Coterie Theatre, MO, The French Woods Festival of Performing Arts, NY, and Pandemonium Productions, NM. In
addition, she served as the Education Director of Hybrid’s Outreach Project, (HOP) in Kansas City, MO and as a Mentor Artist with The Unusual Suspects Theatre Company, in Los Angeles, CA where she taught theatre workshops to adjudicated youth residing in both day treatment and long-term residential treatment centers. She assisted them in writing and performing original works of theatre in an effort to encourage racial acceptance and social awareness through art. Additionally, she was the co-founding member and Artistic Director of Dramatic Arts Youth Academy of Massachusetts (DAYA) based in Worcester, MA, and has served as a teaching artist, director and actor for New Hampshire Theatre Project’s youth repertory company and Elephant in the Room series, based in Portsmouth, NH. She is the proud mother of two beautiful children who now take up most of her time! 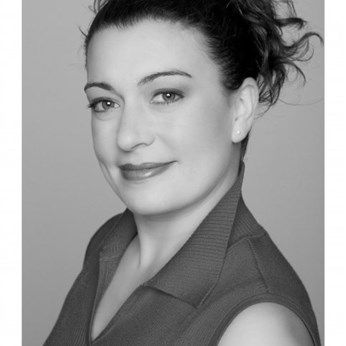