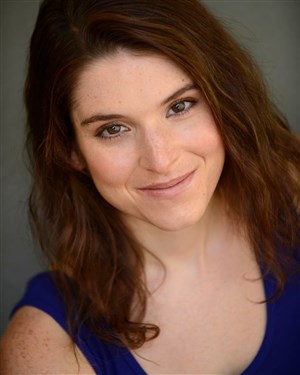 EMILY KAREL is a Seacoast based actor, theatre artist and theatre instructor. She received her BA in Theatre from Wheaton College in Norton, Massachusetts. A true theatre lover, Emily has worked in multiple capacities within the theatre. As a teaching artist, Emily has served as the Assistant Director for New Hampshire Theatre Project’s (NHTP) Teen Theatre Camp in July 2015 and 2016. She also instructs the fall session of NHTP’s Senior Youth Repertory Company, along with Crystal Gould. Additionally, Emily has directed teen theatre with Arts in Reach as part of the 2014 Divas Onstage Program, and has worked on Shakespeare & Company’s Fall Festival of Shakespeare. Emily also worked as costume designer for NHTP’s Senior Youth Repertory Company production of The Winter’s Tale.

As a professional actor, Emily has studied classical acting, voice, movement, Shakespeare, Clown, and acting for film and television. She has trained in New York, Los Angeles, and with Shakespeare & Company in Lenox, Massachusetts.    Emily has appeared in principle roles throughout the Seacoast and Greater Boston area. Recent acting credits include, Nina in Stupid F%king Bird (Theatre KAPOW), Abigail Williams in The Crucible (NHTP), Rose in The Flick (Rolling Die Productions), Jean in Dead Man’s Cell Phone (The Player’s Ring), and Juliet in Romeo and Juliet (TheatreUnmasked). Additionally, Emily heads her own production company, Glass Dove Productions, and will be mounting her first show during the fall of 2017.