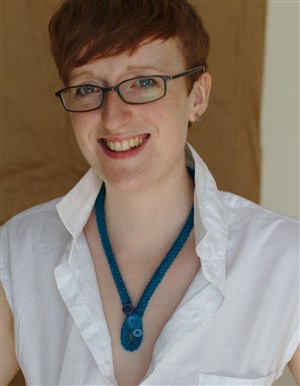 Catherine Stewart, NHTP's new Artistic Director, has been a resident artist since 2014. A recent member of the Lincoln Center Directors Lab, she is a playwright and director who uses documentary theatre to excite social and political change.  Recent directing projects here at NHTP include Constellations, Ada and the Engine, and The Niceties.

In 2008, she graduated from the University of Leeds with a BA Honours in Theatre and Performance. Subsequently she worked with the West Yorkshire Playhouse’s outreach department, exploring the social and political past of the local area with participants of all ages. Also, working as a Dramaturg for Potlatch Theatre Company on their production of Brecht’s The Good Person of Szechwan creating an education pack, workshops and a pre-show talk for High School Drama and English students. These projects ignited her interest and passion for educational work that is of a high artistic value, and that shares all the importance attributed to any other theatrical work.

In 2010, Catherine completed the Assistant Director Trainee Scheme with Perth Theatre, where she worked within the creative learning and production department. As well as working with professional theatres, she has experience of working with local authorities, educational institutions and non-profit organisation as a director, tutor and facilitator – namely Impacts Arts in their Gallery 37 programme – a summer intensive for “at-risk” youths where she taught writing and devising as well as leading the creation of their final piece: an immersive site-specific walking performance across Edinburgh during the internationally renowned,  Fringe Festival.

Since relocating to New Hampshire in 2012 from her native Scotland, United Kingdom she has worked with a variety of arts organisations as a freelance tutor, director and facilitator, including Arts in Reach, Winnepesaukee Playhouse and New Hampshire Theatre Project. She is a co-producer of the Tiny Mayhem Performance Lab and Circulus Arts, innovation hubs for the creation and production of contemporary performance.  Her most recent playscript, Over the Fence, won first place in the PPAF 30 Pages in 30 Days Playwriting Festival, which was staged at Prescott Park Arts Festival in the summer of 2017.   Email Catherine: catherine@nhtheatreproject.org
About Us