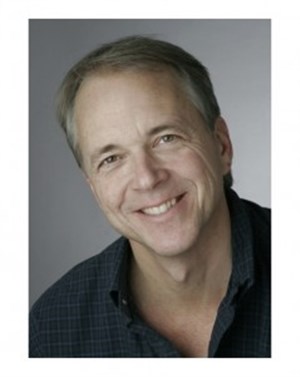 Peter has been affiliated with New Hampshire Theater Project for years as a performer and artist in residence, and recently joined the Auxiliary Board.

Currently working as an actor/musician in New England Peter began performing professionally at age eleven soloing with the American Boychoir and has been seen in theaters and concert halls through-out the US including Princeton’s McCarter Theater, South Coast Repertory, New Jersey Shakespeare Festival and Glendale Civic Light Opera and has appeared in such roles as Michael in I Do! I Do!, Fancis Hardy in FaithHealer, Treves in Elephant Man, Carl in The Baltimore Waltz,  Coles inOther People’s Money, and Finch in How to Succeed…. He has appeared in a number of films including most recently “The Anatomy of the Tide” with Jamie-Lynn Sigler and John Shea, and “Siren” with Vanessa Shaw. On television he has been seen in numerous commercials and was the host\co-writer of an interview series focusing on the arts in Southern California.

As a pianist Peter has performed in the seacoast area as an instrumental and vocal accompanist, collaborating with such artists as Judy Ringer, Genevieve Aichele, Heather Glenn Wixson, the Seacoast Community Chorus, Rockingham Choral Society, and the Sandpipers, among others. He has served as music director with several youth theatre companies and, in conjunction with the New Hampshire Theatre Project, has participated as an artist in residence in local schools. He currently teaches piano and composition at the Gail Adams Music Studio in Kittery.

He has also served as producer or co-producer on a number of theatrical productions and concerts locally including Becky Shepard’s original musical “One in a Million”, Genevieve Aichele’s “Resurrection” and Metropolitan Opera Tenor Dennis William’s performance of “Winterreise”, and was the Associate Producer of Interplay Productions, an issue oriented theater company for young audiences.

In the course of his career has performed or studied with among others Ada Brown Mather (of the Royal Academy of Dramatic Arts) Bradford Dillman, Bruce Willis, Ben Affleck, Andy Williams, Henry Mancini, Gian Carlos Menotti and Stephen Schwartz. He graduated from the University of California Santa Barbara where he studied music composition with Peter Racine Fricker and Emma Lou Diemer.

Peter is a long time member in good standing of Actor’s Equity and SAG-AFTRA.