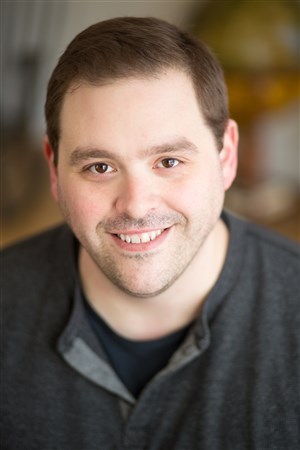 CJ Lewis, NHTP's new Associate Producer, is a multi-disciplinary creative artist, musician, and arts educator from Portsmouth, NH. His work centers around theatre practice and performance, with a focus on the applied aspects of the field. He has been a Teaching Artist and Resident Company member at NH Theatre Project since 2009, and in that time has produced, written, directed, designed, composed for, and performed in dozens of projects including an award-winning production of Doug Wright’s I Am My Own Wife. He also works as a private coach, and develops and implements classes, camps, workshops, and residencies through the state and region; working with a wide breadth of ages, abilities, and experience levels.

Regionally, he has also worked as the Director of Development for former Kittery, ME theatre company, STAGE FORCE; and as General Manager for the Seacoast Repertory Theatre. CJ recently served as the Managing Director for UNH’s PowerPlay Interactive Development program – an externally facing professional applied theatre company that resides within the school’s Department of Theatre and Dance. His work at PowerPlay focused on designing, implementing, and facilitating interactive training sessions that utilized professional actors to address topics such as bias awareness and intervention, sexual harassment, and challenging conversations around climate change. CJ has collaborated with a long list of national clients in the municipal, corporate, and higher education sectors through this work, including: the NCAA, American Geophysicists Union, Easter Seals, International Assoc. of Chiefs of Police, NH EPSCoR, Wentworth-Douglass Hospital, AWIS, and the National Science Foundation, among others.
About Us