A Tempest Prayer
Created and Performed by Peter Josephson

Peter Josephson’s A Tempest Prayer is a solo show using the text of William Shakespeare’s The Tempest. Themes from the original text which depict the wielding of power and attempts at forgiveness will be brought to life by Peter's performance.

To escape confinement on his island, Prospero must forgive the brother who betrayed him, free the ones he used as slaves, and acknowledge his own darkness and weakness. Told through text, movement, and music, this piece delves into a classic text as a source for new performance. 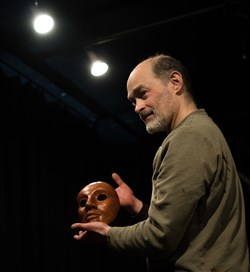 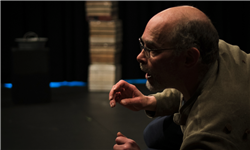 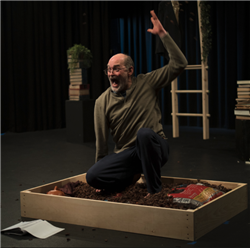 Peter Josephson on the Artistic Process for A Tempest Prayer

"But it’s also a new period of discovery, especially of resonances that weren’t decisions at first but can become intentional now. Now the actor builds the vocabulary – of words, like prayer, promise, plague, and remember; and of gesture – how much pulling in this play!; and of movement – isn’t it interesting how both Prospero and Caliban find themselves prostrate on the floor? And how in the end Prospero can finally rise and fly as Ariel has?"

Thanks to Our SoloStage Sponsors