New Hampshire Theatre Project (NHTP) was created in 1984 by a group of professional performing artists who were dedicated to collaboration, education and community-building.  In 1988,  NHTP incorporated as a 501(c)3 nonprofit corporation.  During the first 15 years of our existence, we were primarily an outreach organization, conducting hundreds of professional artists-in-residence programs in communities throughout New England, and touring educational productions from Maine to Florida.  NHTP artists taught theatre to thousands of children, teens and adults through classes and summer camps; collaborated with numerous community organizations; and premiered a number of original works including Beyond Myth for Kitchensink Theatre, Trash World and Along the Boomerang Coast for Ha'Penny Theatre, Neighborhoods and I Have Not Yet Begun to Fight at The Music Hall, Womenswerk at McDonough Street Theatre, and Waiting for Godot at the Mill Pond Center. NHTP has always been based in Portsmouth, NH, although our office and studio space changed frequently in these early years.

In August 2001, NHTP signed an agreement with the US Navy to become the resident theatre company at the Portsmouth Naval Shipyard's 400-seat auditorium.  Three weeks later, the tragic events of 9/11 made the agreement null.  Destiny intervened and in 2003, NHTP was invited to become a permanent tenant at the brand new West End Studio Theatre, an intimate 50-seat black box we shared with two other theatre companies. Over the next 12 years, NHTP worked to create an organizational infrastructure, secure funding and produce a series of MainStage productions along with our ongoing educational and outreach programming.  During this time, the NHTP Youth Repertory Company, created in 1999, flourished and expanded to 30 members from ages 10-18.  NHTP became known for its high quality productions of serious theatre, including Someone Who'll Watch Over Me, Amadeus, Twelfth Night, The Crucible, Metamorphoses, The Elephant Man, Doubt, and I Am My Own Wife, as well as provocative new devised work like an original version of Lysistrata, a multi-media treatment of The Little Prince, and Dreaming Again, a play about New Hampshire's immigrants and refugees commissioned by the NH Humanities Council. 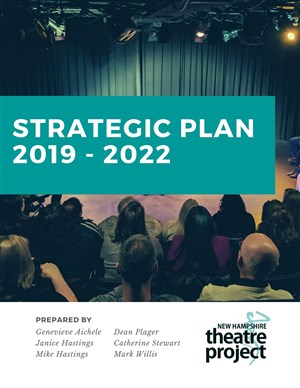 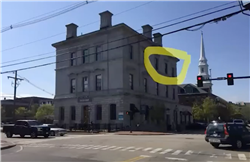 What's a Home? Brown Bag Lunch - 2020 - Take a walk down memory lane with founding director Genevieve Aichele and tour the many, many, many homes of NHTP in and around Portsmouth.  This discussion recorded for NH Gives 2020.

The Shipyard Project Revisited - 2020 - A Discussion about the long term impact of arts programming as a tool for community development with Shipyard Project artists, participants, and partners.  This discussion recorded for NH Gives 2020.