The Double-Walker: Acting with Pixies and Trolls

Peter Josephson offers a workshop focused on challenge of representing the myriad of complex characters found in Shakespeare's The Tempest in his one-man reimagining of the play, A Tempest Prayer .  The workshop will explore the work of an actor as they develop and represent characters from a single perspective. And ask the questions, how does an actor walk side-by-side with the character, as a close companion? And what can that approach achieve for both artist and audience?

Peter first encountered the idea of developing character as a companion while at a workshop on Michael Chekhov Acting Technique. Chekhov makes reference to the idea:

“The actor must imagine, or rather sense, this ‘Something’ or ‘Somebody’ as being much, much more powerful than his character and even himself. The actor must allow this “double-walker” – this spectre, wraith, or apparition – to act through the character which inspires it.”


This workshop is designed for professional performers and community actors who want to explore new techniques for their approach to character.  Participants do not need to prepare material, or have specific experience of Michael Chekhov Acting Technique. This workshop will be a virtual presentation through the Zoom platform.

NHTP Company Artist Peter Josephson is a former member of the Actors’ Equity Association, a fifteen-time New Hampshire Theatre Award nominee and two-time winner of the NHTA’s best actor award; he has been nominated for Seacoast Spotlight awards for both his acting and his directing. Peter has been leading workshops in the Michael Chekhov acting technique since 2013. He is familiar to Seacoast audiences for roles at the New Hampshire Theatre Project (including Seascape, Lysistrata, Amadeus, Twelfth Night, White Rabbit/Red Rabbit, and It’s a Wonderful Life), Theatre Unmasked (Oleanna), ACTONE (Tragedy: A Tragedy) and Seven Stages Shakespeare (Much Ado About Nothing, What You Will or Twelfth Night).
This workshop is part of the 2020 - 2021 MainStage Season program SoloStage. Over the course of six months NHTP is supporting three artists to make new plays. The plays include a family show, a poignant comedy and a reimaging of a Shakespearean classic. To learn more about these works and to purchase tickets visit our Current Season section of the website. 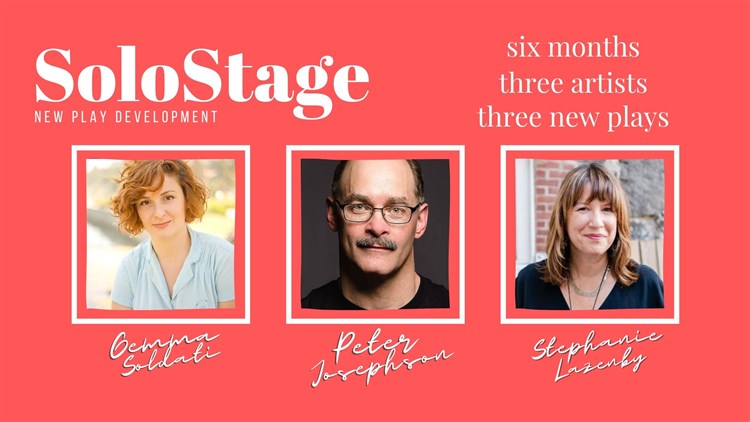